In the last few years, we have witnessed a sudden boom in the demand of smart phones, tablets and iPads etc. This has increased the demand of mobile apps and forced app developing companies to rethink about their strategies to meet the augmented demand of the apps. Businesses have added more burdens on the app developing companies, by demanding customized apps to suit their business requirements. Often app developers have to be quite innovative while designing and developing such apps. Irrespective of app developers delivering best apps, it is often seen that the business owners fail to utilize them and causing their downfall. Through this write up, I will throw some light on the top reasons behind the failure of a business app. 1. Poor budgeting – Poor budgeting is the biggest factor behind a number of app failures. Business owners failed to identify the priorities to invest in them. As a business owner you should choose, what is of utmost important. This factor becomes even more important you are a small business owner and have a limited budget. In this case, go for customized apps that include only the most essential features that you feel are fit to be included in a business app. 2. Premature monetization policy – After mulling over the budget, next point to think is how this project will earn more revenue. You should have a clear strategy for using your app in benefit of the business and setting a monetization policy would help you with this. If your budget is limited then, go for monetization policy even smartly. 3. Unspecified target – Another very important reason behind business app's failure is the unspecified target audience. Select the audience you are going to target through the app before you go for it. By informing app development company about the target audience, you give them the option to use their creativity and skills to develop an app that suits your requirement. While selecting the target audience, you should observe their needs and analyze whether, your app would be capable of fulfilling their expectations.  4. Not identifying the competitors – Many business apps experienced failure because business owners overlooked their competitors. On the contrary, a business owner should gather as much information as possible about its competitors and what they have been doing of late. This would help them in getting an app, which is better than a competitor's app and is capable of delivering everything that a consumer could ask for. 5. Mid way alterations – There are cases, when updating or altering an app caused its failure. Updating an app is important. All right! However, it often irritates the existing users who have become used to with the previous version of the app. Therefore, business owners should plan an update or alteration very carefully and include new features in such a way that they do not upset the existing users. 6. Customer feedback – For any app to thrive successfully, it is important that it becomes what the customers want it to be. Customer feedback is important in this regard and most apps fail because the owners ignore valuable customer feedback. Through customer feedback, you get to know the changes customers anticipate in your app and this could help you in planning the next update.7. Insufficient relevancy and functionality – Creating an irrelevant app is like making people stand in a desert and eat delicious hot chillies. If your app is unable to solve the problems faced by your customers then it is equal to not having an app. Apart from this, business owners should make sure that they update their app developer with all the information that could help them in creating relevant and simple app. Remember that even a small piece of information could be a decisive change-maker especially, when it comes to developing an app for a business. 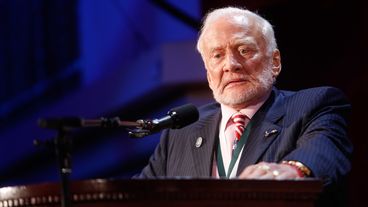